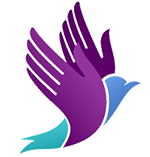 Established in 1977 as a “grass roots” initiative to provide crisis intervention, advocacy, and shelter to victims of domestic/family violence, the Victims Assistance Center of Jefferson County (VAC) was incorporated into a 501(c)3 nonprofit in 1979. In 1986, VAC received certification from the New York State Department of Health as a Rape Crisis/Sexual Assault Center for Jefferson County. In 1999 VAC was certified as a New York State Office of Children and Family Services Shelter and enhanced its shelter certification to become a full domestic violence program. Additionally, in 1999 the agency also initiated the Immediate Response Team for domestic violence and sexual assault. This unique program allows VAC Response Team Advocates and all local law enforcement officers to respond together to incidents of domestic violence and sexual assault. The Immediate Response Team provides crisis intervention and advocacy at the time of the incident.

In 2006, VAC’s  Child Advocacy Program of Northern New York was created. This model allows for a single point of contact for Child Protective Services, law enforcement and medical professionals to interview children who have been sexually and/or physically abused. In 2016 the agency’s Child Advocacy Center expanded to begin providing services in Lewis and St. Lawrence Counties.

Forty years since its inception, VAC has expanded its mission to help all victims of violence and evolved direct services programs to better meet client needs. VAC has expanded its geographic reach by opening satellite offices at the Jefferson County District Attorney’s office and the Child Advocacy Center Canton Office.

In Case of Emergency

You are not alone. Help is available.